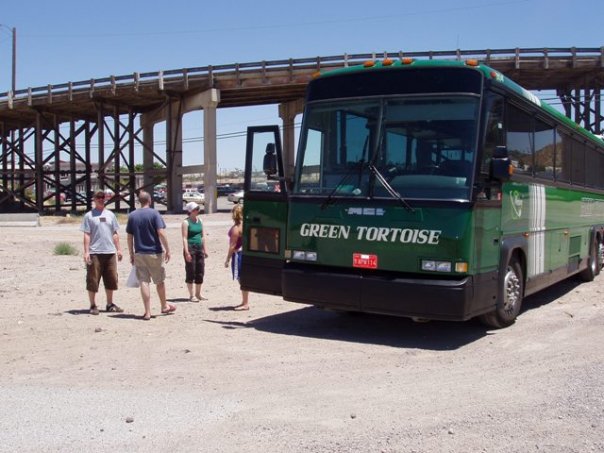 “Day one on the Big Brother bus…”

I don’t know who started the Geordie voice-over first but, after the six thousandth time, it’s still funny. And we haven’t even cleared San Francisco yet. 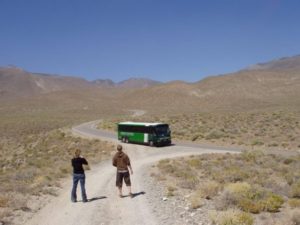 We’re on a coach, one of several buses in the Green Tortoise fleet. A tour operator with a difference, the company, operating primarily out of San Fran, runs trips all over the US, as well as taking in Mexico, Panama, Costa Rica and Nicaragua. Their main selling point is cheapness (our five day trip costs just $350) and the unique experience of crossing continents in a Tortoise bus. 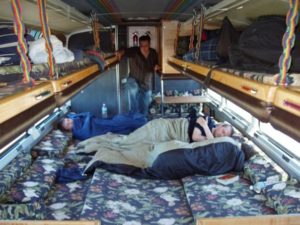 Although, aside from being painted green, the buses’ exterior looks pretty normal, it’s the modifications inside that makes them special. Relatively spacious seating, with a good smattering of tables, converts into sleeping quarters. Coupled with the ‘luggage’ racks (too claustrophobic for some), each bus can sleep 36 people, thus cutting out the need to stop to sleep. While you slumber, your dedicated drivers rumble down the freeways, ensuring that you wake up at your next destination. 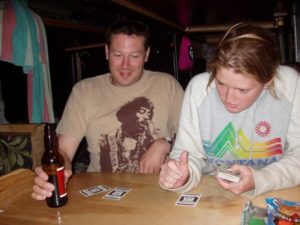 We’re on one of the Tortoise’s shorter tours, the Western Trail – a five-day loop beginning and ending in San Francisco. Happily, the trip is far from sold out, meaning space is plentiful. Even so, being in close proximity with strangers soon means that we’re chatting away. Before long we’re bonding over beer and ‘shithead’ – the backpackers’ card-game of choice – while the California coastline shimmers by.

Meeting fellow travellers is by far one of the best aspects to the Tortoise experience. In our small group we meet posh girls from Oxford, an Aussie electrician, a honeymooning couple from Manchester, a Korean student, a gaggle of young but fun A-level graduates, a couple of trainee doctors from Edinburgh and a financial consultant from Bedford. By the time we reached our first stop the group dynamics, Big Brother-style, were established.

The first night is spent, not on the bus (that’s backup should the weather turn), but camping in the forest. After collecting firewood, a mild hike up into beautiful tree-covered hills gets the appetite going and, as sundown approaches, dinner is served. Cooked by our drivers, it’s nothing special but hits the spot all the same. More beer around the fire finishes off the night.

We stop at Santa Barbara the following afternoon. It may have been the shittest soap opera ever devised, but as a town it’s scarily clean paradise, all palm trees and wide roads. It’s also home to the oldest roller coaster west of the Mississippi. Although built in 1917, it’s still a relatively hair-raising experience.

LA is the second day’s final destination and I wish I hadn’t bothered. We arrive so late, due to gridlocked traffic, that we only have time to stumble up Hollywood boulevard before hitting the sack. 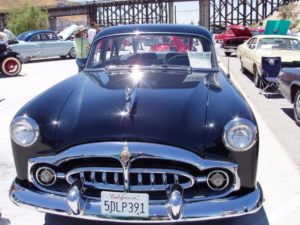 Leaving LA’s smog behind, the bus thunders into the majesty of the Nevada desert along Route 66. Surrounded by Joshua trees and with the horizon rippling in heat-haze, it’s time to whack the air-con on full. We make one daytime stop, at a diner and museum where a vintage auto fair is taking place. Impossibly polished Chevrolets, Lincolns and Mustangs gleam in the blazing sun.

But on to Vegas. We arrive early, booking into the aptly named Sin City Hostel. Subscribing to the town’s “anything goes” ethos, we sign up to shoot handguns in a range for $16 before, with our ears still ringing, hitting the casinos. Ironically, our mixed-age group is split up here – the guns were fine but gambling and drinking is strictly for over 21’s. Still, when we crawl back to our hostels at 7am, wallets empty, who’s laughing? We’re back on the bus half an hour later. 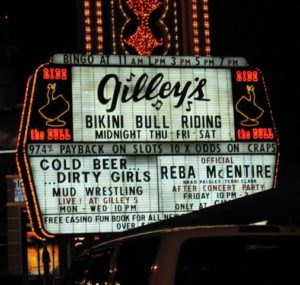 By the time hangovers have dissipated, we’ve swung west again and are back in California. Desert has given way to the snow-capped peaks and, for our evening meal, we stop at a hot spring. Utterly blessed out after an hour in the volcanic water, it’s hard to find the energy to help prepare dinner. Then it’s back on the bus for beer and shithead, before hitting the hay. We travel through the night, the moonlight on the snow providing enough illumination to see the awe-inspiring, but precipitous, landscape. 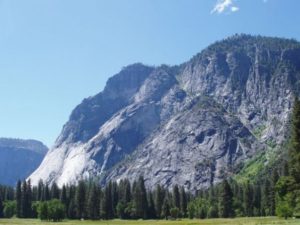 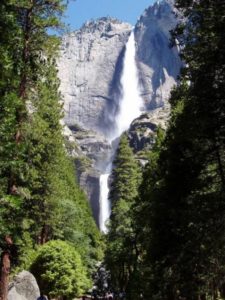 Morning sees us arrive at Yosemite National Park. Despite warnings about bears, the place is full of tourists, most of whom are content to trundle around on electric buses. Being young(ish), we go trekking and soon leave the crowds behind. It’s truly spectacular – I promise myself that I’ll return here, possibly for one of the deep country two-week hikes. I especially enjoy jumping into a heart-stoppingly cold lake. For me, Yosemite is the trip’s highlight and most people concur. The only downside – monster mosquitoes. By the time we get back to the bus, blood is running down our legs. Should’ve taken that insect warning more seriously. 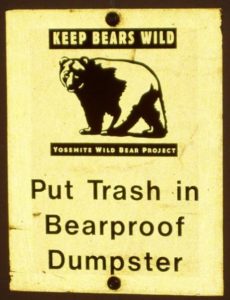 So itchy but happy, we head back to San Francisco where we bid the Tortoise farewell. But, for those of us who are staying in San Fran, we suddenly have a huge group of mates to hit the town with.

“Day One, not on the Big Brother bus…”

This article first appeared in City Life magazine in 2004.