In association with Arts Council England. Bamalam Productions is proud to present… 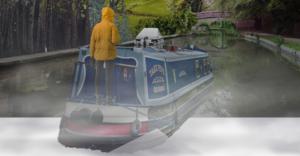 Wendy is coping with life after the traumatic experience of going through ‘ECT’. Most of her memories are gone and as she bumps into a familiar face from her past that she can’t quite place, her memories slowly start to return. Not all of them easy to come to terms with.

Ian’s previous audio commissions include Adolf Killed My Sweetheart for XFM and Ted for the Shortwaves Project. He is currently working on a script with Dirk Maggs for Woolyback Productions, and is adapting Ramsey Campbell’s folk horror novel The Hungry Moon as a full cast audio drama for Room 5064 Productions.

Filmed as part of the Shortwaves project by the Manchester based Scriptworks initiative. Organised by Conor McKee, Jason Crouch and Sarah Meadows. Shortwaves Live was presented at Contact Theatre in Manchester. Filming and Edit by Albino Mosquito