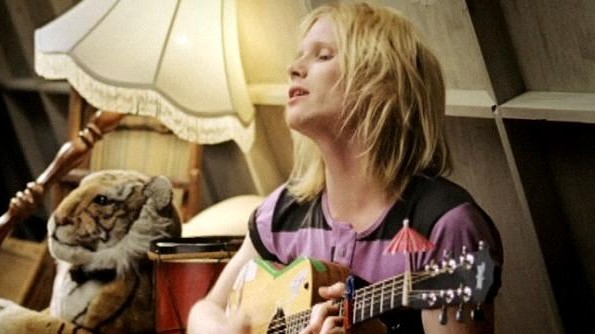 “You’re not from New York City, you’re from Rotherham…” snarled the Arctic Monkeys on the track that first got them noticed, Fake Tales Of San Francisco. Back in the heady days of 2005, a grim Northern town like Rotherham was the very antithesis of The City That Never Sleeps. These days, though, thanks to the success of The Arctic Monkeys, The Kaiser Chiefs and Corinne Bailey Rae, Yorkshire is quite possibly the coolest spot on Earth. Rotherham’s still a dump, mind…

Unlike other celebrated UK scenes such as Madchester or Merseybeat, the Yorkshire explosion is harder to categorise. This is partly due to the sheer size of the county (close to 6,000 square miles) and, annoyingly for lazy, pigeonholing hacks, the fact that the talent refuses to be isolated to one town. But the major difference isn’t where it’s happening, but when.

“The internet has enabled more of a DIY element to surface and prosper,” says David Dunn, music journalist for Sheffield’s Star newspaper. “It fuelled the initial rise of Arctic Monkeys on an underground global scale ahead of the rest of the world getting the picture. Similarly, it’s spread the word for Little Man Tate [also Sheffield based], leading to rapid fanbase growth and overseas interest, including a short US tour and a sold out show in Tokyo.”

“It won’t be like Manchester – that sort of thing will never happen again. The internet has made everything so international. But because of the optimism in the area there are loads more bands popping up. I got 15 demo CDs a week five years ago and I’m now getting a hundred.”

Rivalling Sheffield as Yorkshire’s musical flagship is Leeds, home to both The Kaiser Chiefs and Corinne Bailey-Rae. Simon Rix, the Kaisers’ bassist, is of the opinion that, in his city at least, there’s always been a scene.

“We spent eight years struggling in Leeds before our recent success,” he says. “Early on, it was good for us, because in Leeds we were popular for a long time. For years and years we could have had a gig in Leeds and we’d know a crowd would turn up.”

Rix looks back on Leeds in the 1990s with great fondness.

“We all met at a club called the Underground. It closed a few years back but it was great for all sorts of music. And,” he adds, “they had Corinne [Bailey-Rae] as a cloakroom attendant.”

The Underground might have shut its doors, but another of the Kaisers’ hangouts, The Cockpit, is still going strong.

“Every Friday was Brighton Beach [now relocated to Leeds University] and everyone there was in a band. It’s still like that now as far as I can tell. Leeds has always been a great musical city. I can go to any of the venues several times a month and see bands that are good. You can say that about lots of Yorkshire towns. Basically, Northerners like their live music.”

Yes, cyberspace is important, but for a scene to truly thrive, it needs a network of decent venues. Once again, Yorkshire scores highly in this department. The likes of The Welly Club in Hull, the Sheffield Leadmill, the newly revamped Faversham in Leeds and Fibbers in York (part of the hugely successful Barfly chain), have all achieved near legendary status. In addition, the hunger for live music in the wake of the Arctic Monkeys’ popularity has seen new venues springing up all over the county, such as the brilliant Plug in Sheffield. In addition to this, the number of live music festivals in the region has grown exponentially. 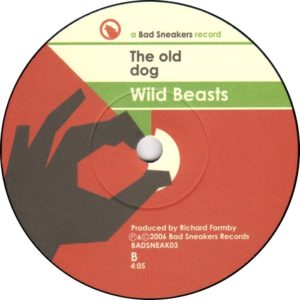 Similarly, recent years have seen hundreds of independent promoters setting up shop across the county. Leeds-based Ash Kollakowski is typical of this fearlessly entrepreneurial new breed. As well as being a DJ and head of promotions at the Faversham, he’s the co-owner of record label Bad Sneakers, home to hot indie outfit Wild Beasts, whose debut single recently won Steve Lamacq’s Rebel Playlist on BBC 6 Music. Needless to say, Kollakowski is also the Beasts’ manager.

“I think the music scene in the North is more cutting edge because it’s so bleak up here,” he announces, displaying a talent for melodrama. “I know other places are bleak, but up here you’re so fenced in that you’ve got to make it yourself, you’ve got to release a record.”

Kollakowski is also one of several pundits encountered by Music Week who, though fiercely loyal to Yorkshire, dismiss the sudden emergence of a ‘scene’ as a media invention.

“It’s always been there,” he insists. “It’s just lazy journalism because of the Arctic Monkeys and the Kaisers. If they’d bothered to come here 10 years ago they’d have found much the same.”

Alan Raw, like many others, take the opposing view.

“Yes, the ‘scene’ itself has been going for years,” he says, “and now the media have caught onto to it there’s an awful lot for them to get their teeth into.”

“I don’t think the media have invented it, but I think now they’re onto it, they’re making it even bigger.”

Raw goes further, painting a picture that suggests Yorkshire is being taken more seriously by the industry than any previous music scene.

“I was interviewing Melvin Benn, the managing director of Mean Fiddler on my show and I asked him if the industry was taking a bigger interest in Yorkshire now. He said as far as he knew the UK music industry had moved to Yorkshire. He knew of a lot of companies that were selling up in Soho to come to Leeds and Hull.”

Whether there’s any truth to this apocryphal story, there remains one indisputable fact: Yorkshire is full to bursting with new bands. And the one thing they have in common is that they have nothing in common; every genre of music gets a look in.

“There are a lot of Arctic Monkeys clones,” admits Alan Raw, “which can be a bit boring. But aside from them, there are so many different bands. For instance, there’s a very heavy hip hop outfit called Breaking The Illusion. And they’re from Hull.”

Everyone Music Week speaks to has a dozen recommendations, with the same name rarely cropping up. Amongst those universally admired are indie rockers The Pigeon Detectives (soon to be supporting the Kaiser Chiefs), aforementioned Little Man Tate, metallers Bring Me The Horizon (a favourite with Kerrang! magazine) and Four Day Hombre (“Amazing,” according to the NME, “like Elbow with bigger beards and better dreams”). Without a doubt, though, the band most touted are Tiny Dancers.

Much of the Dancers’ potential lies at the feet of their awe-inspiring frontman, David Kay. And from where does this future rock ‘n’ roll icon hail? You guessed it. He’s not from New York City. He’s from Rotherham.

This article first appeared in Musicweek in 2007.