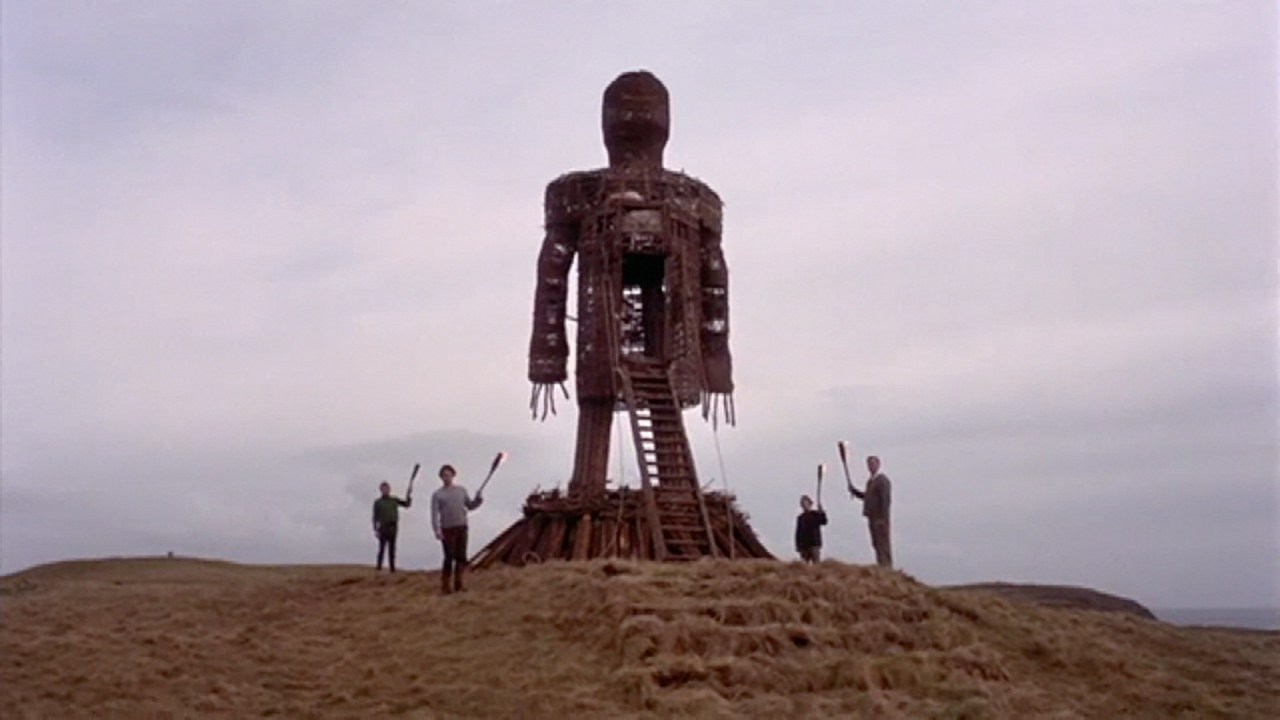 Something Wicker This Way Comes…

Though consistently rated as one of the best horror films ever, that epithet doesn’t quite do The Wicker Man justice. It’s horrifying in places, for sure, but there’s barely a splash of fake blood in sight.

Telling the story of a devout Christian police sergeant (played by the inestimable Edward Woodward) investigating a suspected pagan sacrifice on a remote Scottish island, it’s more unsettling than horrifying, but the creeping dread it instils stays with the audience for, well, 40 years.

Its director, Robin Hardy, now an avuncular and infectiously cheerful 83, confesses he can’t quite believe people are still asking him about it.

“I’m immensely proud of it, of course, but I’ve done many other things beside. I’m a novelist and I’ve made and written other films. Day to day, though, it’s not a large factor in my life.”

That may be how it feels to Hardy but to the wider world – especially those who access information via the internet – that little movie he made in 1973 is the definitive work of his life. On the movie website IMDb his credits are 99 per cent Wicker Man related – he’s either appearing ‘as himself’ in making-of documentaries or he’s writing and directing sequels. One, The Wicker Tree, was released in 2011 and based on Cowboys For Christ, a novel by Hardy. It was universally savaged by the critics and even the hardcore fans stayed away. It was, by all accounts, a troubled project.

“It’s incredibly difficult to get a film made,” says Hardy. “Raising finance and so on. But getting The Wicker Tree together took far longer than it should have.”

The final nail in the coffin, many would say, was when Christopher Lee was forced to drop out due to injury.

“It was a real blow,” admits Hardy. “Christopher was filming in New Mexico, on a movie called The Resident. He tripped over cables, I understand, and has had to walk with a cane since. Back injuries don’t go away easily. And also they’re very difficult to operate on because if something goes wrong your spine, well…so you put up with the pain. He only has a cameo in The Wicker Tree but he was going to play the main adversary.” 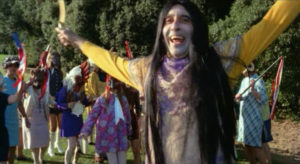 Hardy’s disappointment at losing Lee – whose charismatic but, frankly, bonkers Lord Summerisle is the perfect counterpoint to Woodward’s dour copper – remains palpable. It’s fair to say Lee has a reputation for being a bit of a diva. This reporter was once told, by Robert ‘Freddy Kruger’ Englund no less, that Lee “feels most genre films” – i.e. all The Hammer horrors that made his name – “are beneath an actor of his talents”.

“I can’t comment on that,” says Hardy. “All I can say is Christopher was a joy to work with. Apart from everything else he brought to the part, he understood The Wicker Man and what it was about, and it’s about a great many things and he understood them all. He knew a lot about the associated mythology before he came on board.”

It probably helped the part was written with Lee in mind. 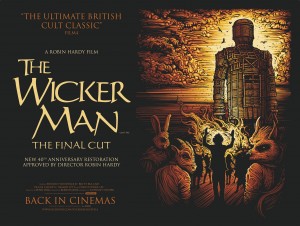 The original film came about as a collaboration between Hardy and screenwriter and playwright Anthony Shaffer, best known for penning the play Sleuth and its 1972 Michael Caine/Laurence Olivier outing on the silver screen. Because Hardy did the lion’s share of the research into the pagan beliefs featured in the film, he has occasionally come under attack from modern pagans who feel the film helps perpetuate negative connotations towards their beliefs. Hardy finds this bemusing.

“I don’t think The Wicker Man has a negative attitude to their religions at all and I know Shaffer didn’t. I mean, pagans on this island and throughout Europe did practice human sacrifice. But I’m by no means anti-pagan. Lots of things in our culture date back to before Christianity. A lot of my research came from The Golden Bough by Sir James George Frazer and we did rely heavily on that. Ironically, when that book was published [in 1890] it offended Christians because it dared to approach and catalogue Christianity equally and on a par with other religions.

“I think,” he continues, “our film showed paganism as it really was [rather than] all those rather hokey things which are about witchcraft and all the rest that are supposedly based on paganism in the Hammer Films. I would have thought they’d have been much more angry about that.”

“Nicholas Cage is a good actor but in this he just looks ridiculous, especially when he’s disguised as a bear… Oh good grief. A bear!”

Mention of anger brings me neatly to the Hollywood remake of The Wicker Man. Directed by Neil LaBute and starring Nicolas Cage, it’s execrable in the extreme. Hardy is quick to agree.

“I have a theory about it which I think will amuse you,” he says, mock-conspiratorially. “You see, Shaffer died a few years ago and I think he put a proper old-fashioned curse on any projects based on his scripts he doesn’t approve of. I mean, I don’t know if you saw Sleuth, the [2007] remake. It’s directed by Kenneth Brannagh and the screenplay’s by Harold Pinter, for goodness’ sake. All these very talented people and it’s awful. A complete disaster. I think there’s some supernatural force that makes all these talented people make fools of themselves.

“It’s the same with Neil LaBute’s Wicker Man. He’s very interested in transgender issues but putting them into the Wicker Man doesn’t really make any sense, although we had Christopher Lee kitted out in a dress at one point. Nicholas Cage is a good actor but in this he just looks ridiculous, especially when he’s disguised as a bear.” Hardy breaks into a warm giggle. “Oh good grief. A bear!”

I’m too polite, and too charmed by this lovely octogenarian, to suggest that Shaffer’s curse perhaps put the kibosh on The Wicker Tree, too. Because, whatever Shaffer’s ghost felt about that project, he evidently approves of Hardy’s restoration of The Wicker Man.

“It was amazing when the news came in that they’d found a 35mm print at the Harvard Film Archive,” says Hardy. “We’ve basically scanned it in digitally from that. It’s been laborious but painless. We’ve also inserted a sequence that got left out of the original cut. I can’t wait for people to see it.”

It might have been 40 years, he might have done a lot of other things, but there’s no doubting that, when it comes to The Wicker Man, Robin Hardy is still one of the faithful.

This article first appeared on the Northern Soul website in 2013. Link here.