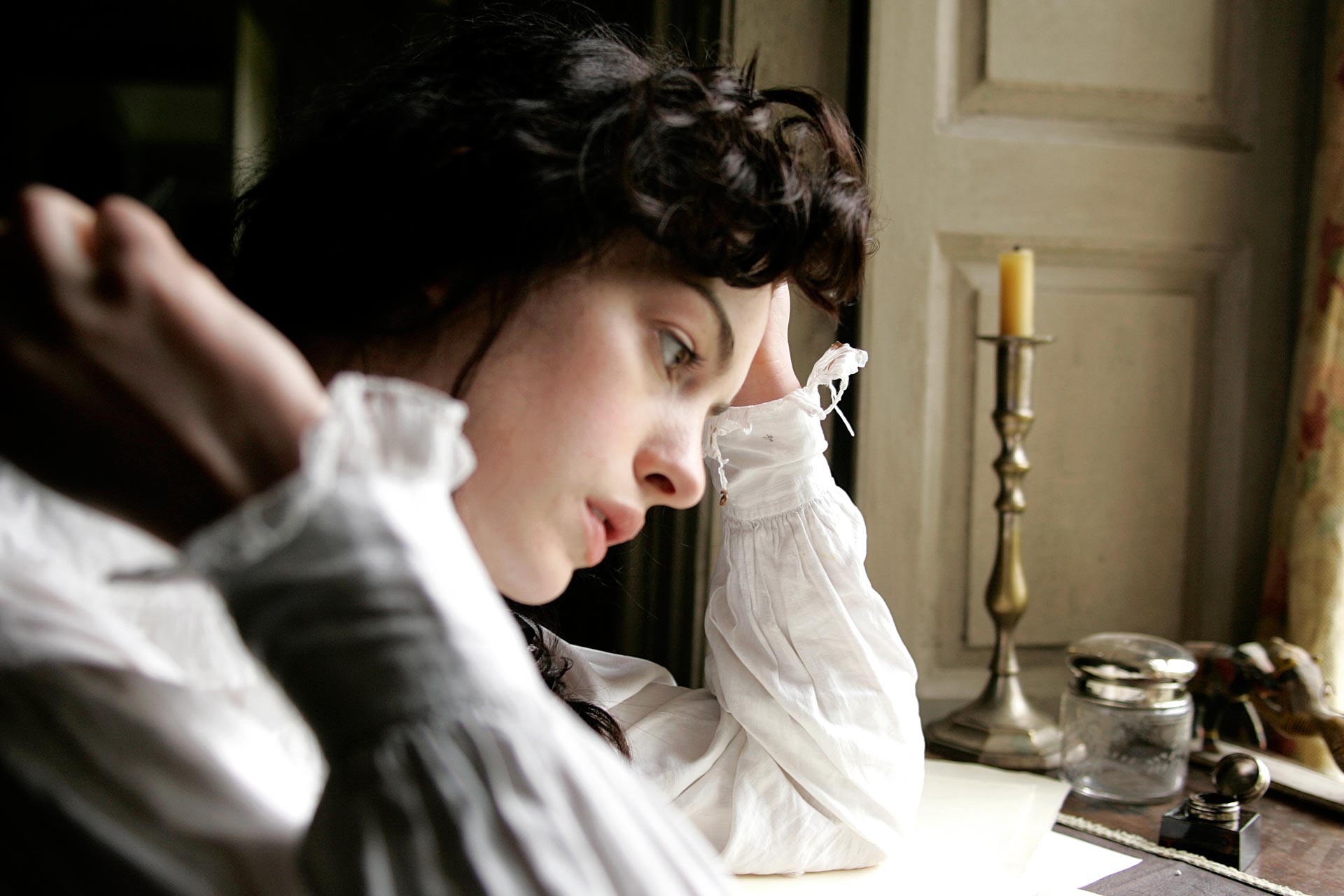 So says 24-year old Brooklyn-born Anne Hathaway, referring to the fictional kingdom that made her famous in The Princess Diaries, the 2001 film that, together with its 2003 sequel, made her a hit with 12-year old girls. Having already starred in US teen drama Get Real and going on to play another soppy princess in dire kids’ fantasy Ella Enchanted, she looked to set to remain as the human equivalent of a McFlurry. And then Brokeback Mountain got her good.

“I’d got my fill of those early roles,” she tells The Big Issue from a room at London’s Dorchester Hotel. “It was really Brokeback when I first played a character that was so different to who I was. I loved the way it fired up my imagination and how terrified I was of failure. It kinda becomes addictive.” 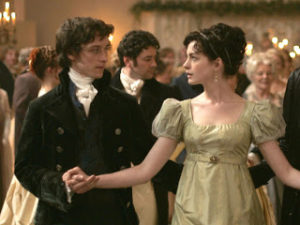 As Luveen, the brassy Texan gal who finds herself married to Jake Gyllenhaal’s gay cowboy, Hathaway was a revelation; those critics who’d dismissed her as fit only for soporific live-action Disney movies were forced to eat their words. Hollywood, though, had long been aware of her potential, with Princess Diaries director Garry Marshall describing Hathaway in Variety magazine as, “multi-talented… a combination Julia Roberts, Audrey Hepburn and Judy Garland.”

“I’ve been obsessed with Austen since I was 14 and I didn’t want to take the part at first because I felt there was a very good chance, as there is with every role, that you’re just going to mess up and be horrible and unwatchable.”

It wasn’t long before Hathaway was trusted with a lead role and last year’s The Devil Wears Prada proved to be the ideal choice. The frothy story of a wholesome, unpretentious young woman dropped suddenly into the snake-pit of a fashion magazine, it appealed both to Hathaway’s teen fans and adults (especially, it has to be said, gay men, making Marshall’s Hepburn and Garland comments seem particularly prescient). Most importantly, it proved Hathaway could hold her own against the mighty Meryl Streep, who delivered an Oscar nominated and Golden Globe-winning performance as bitch-queen editor-in-chief, Miranda Priestly.

All of which brings us to the reason Hathaway is in London: Becoming Jane in which she stars as no less a literary giant as Jane Austen. Based on the biography by Jon Spence of the same name, it focuses on Austen’s early years, postulating that Austen, far from being a bookish spinster, met and fell in love with charming Irishman Thomas Langlois Lefroy, here played brilliantly by James McAvoy.

Unlike the similarly themed Shakespeare In Love, much of Becoming Jane’s hypothesis can be supported. It is documented that Austen and Lefroy met at a ball in Hampshire shortly before Christmas 1795, when he was visiting his Aunt and Uncle Lefroy, the Austens’ neighbours. He was a recent graduate of Trinity College, Dublin, and was bound for London where he was to study law. Austen had just completed Elinor and Marianne, the first version of Sense and Sensibility. Both 20 years old, there’s strong evidence that the two were mutually attracted and, against the prescriptive morés of the time, did little to hide it. Indeed, faced by disapproval from her sister, Cassandra,, Austen teasingly described her relationship with Lefroy as “every thing most profligate and shocking in the way of dancing and sitting down together.” The sauce-pot.

For Hathaway, it was the opportunity of a lifetime, but one she was reluctant to take.

“I’ve been obsessed with Austen since I was 14,” she admits, “and I didn’t want to take the part at first because I felt there was a very good chance, as there is with every role, that you’re just going to mess up and be horrible and unwatchable.”

It was Ang Lee, who’d just directed Hathaway in Brokeback Mountain and was responsible for arguably the finest movie adaptation of Austen’s work, Sense And Sensibility, who persuaded her to take the part. However initially reticent, once Hathaway had made the decision, she threw herself into task.

“I thought, even if I do a really crap job, at least they won’t be able to get me on the research,” she says. “I moved to England for a month before we started filming and worked on the accent and I started research about the period, about what it would have been like to live in the countryside at that time and we read her letters, learned sign language [Austen had a deaf mute brother], learned to play the piano…” She laughs, adding: “The skills portion of my resumé greatly improved after this role.”

Another essential component of becoming Jane was learning to dance.

“These days you just shake your butt and you’re a good dancer,” Hathaway says. “Back then there was actual choreography. I’d had dance training before; I think like a dancer so that was one aspect of the role I wasn’t worried about.”

Hathaway’s heightened fear of failure proved to be almost crippling.

“It became paralysing, the fear that I’d mess up portraying someone who I admire, who I respect. I put a lot of pressure on myself. And I forgot about it while we were filming and then, inexplicably, about a month after we wrapped I started having panic attacks and nightmares about being stabbed to death by Jane Austen’s ghost. I’d wake up in the middle of the night sweating and breathing really heavily. That stopped once I got to watch the film and really liked it.”

This, despite the film’s lowly budget and the fact that it was shot almost entirely on location in the Irish countryside, fantastic for the overabundance of intact Georgian architecture but not so great in terms of weather. 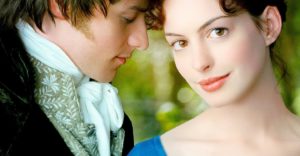 “It was really changeable,” recalls Hathaway. “We didn’t know if it was the Gods or Jane being upset that I was playing her but every single time I had to do a close-up, it would rain. And it was cold! The accent took a lot of work but when you’ve been in a field for five hours waiting for the rain to stop and just standing there freezing… I just sound drunk in a lot of scenes.”

Hathaway is too hard on herself. Her English accent is the best to come from an American since Gwyneth seduced the Bard. Her performance, too, is immensely likeable, cementing her reputation as a leading lady who can carry a movie. With that in mind, does she feel her turn as Austen precludes her from taking on any of the novelist’s celebrated heroines. Hathaway hopes not.

“I’m a hack,” she jokes. “I love to work so I’d love to play any of them. I’d love to play Anne Elliot. I think they’re remaking that [Persuasion]. There was the wonderful BBC version with Amanda Root ten years back. She kind of did the perfect job. There have been some very definitive performances with Austen’s heroines, Emma Thompson and Kate Winslet in Sense And Sensibility for instance. I’d love to join them.”

This article first appeared in The Big Issue in 2007.