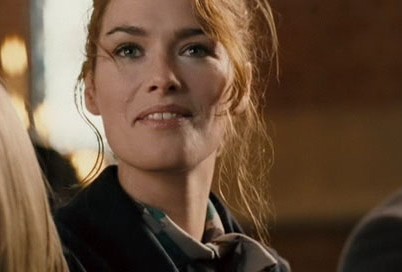 Heady, a resident of Huddersfield, was actually born in Bermuda in 1976.

“That always sounds very exciting,” she says, “but I have a British passport. My family are from Huddersfield. My father was a policeman and he was sent out there to train. I don’t have any memories of Bermuda. I’m quite glad, because I’d probably be very cynical about the British weather.”

Set far away from Huddersfield, in London’s leafy Primrose Hill, Imagine Me & You is the sort of romantic comedy that, ever since Four Weddings, Americans lap up. While it won’t play as well over here, writer-director Ol Parker does at least have fun with the genre’s clichés. Not least because, for once, the requisite unrequited love is between two women. Heady plays Luce, a lesbian florist, who falls for Rachel, played by the beautiful Piper Perabo. 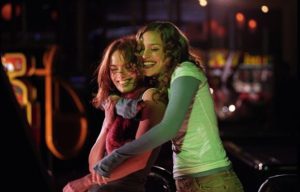 “We’d just shot The Cave together in Romania,” says Heady, “and then both got to play Luce and Rachel together. That was good for bonding – if you spend any amount of time with anyone in Romania you’ll bond. It’s pretty harsh out there. I was a vegetarian, but I’m not anymore.”

The Romanians broke her?

“The Romanians broke me, yes,” she chuckles, adding in an Eastern European accent, “‘You must have the dog-stew or nothing.’ I’m joking.”

“I just flew out to LA on my last pennies to try and get a job. And thank God I landed a pilot which hopefully will get picked up and go to series and everything will be gorgeous.”

This wasn’t the first time Heady’s dietary choices had caused trouble on a film set. While shooting The Brothers Grimm in Prague, Heady had a run-in with the film’s director, Terry Gilliam. He had a rabbit bought from a pet-shop and was going to have it killed so Heady’s character, a huntress, could gut it.

“I rescued it,” Heady reveals, “and took it back to the shop. The owner said she loved him [the rabbit] although she may have put him in a pie for all I know.”

Reading between the lines, it seems as though she and Gilliam didn’t get on at all.

“I don’t think Terry and I will be spending time together anytime soon, let’s put it that way,” is all Heady will say. “For me, Brothers Grimm pretty much lived up to its title. In fact, it was hideous.”

Heady first came to mainstream attention following Loved Up, a 1995 TV film about the highs and lows of the rave scene. Critically acclaimed, it was the first screenplay by none other than Ol Parker.

“It was a sort of launch pad for me and Ol and [co-star] Ian Hart,” says Heady. “People remember it which is always a good accolade. I think it was a great piece of work.”

Since Loved Up, Ian Hart has worked with the likes of Ken Loach, Neil Jordan, Tony Scott and Michael Winterbottom and Ol Parker, having set up camp in Los Angeles, married Thandie Newton. Heady, though she’s never been out of work, hasn’t enjoyed the same sort of success.

“I just flew out to LA on my last pennies to try and get a job,” Heady cheerfully admits. “And thank God I landed a pilot which hopefully will get picked up and go to series and everything will be gorgeous.”

Even if the TV series isn’t forthcoming, Heady has no shortage of work. She’s soon to be seen playing Queen Gorgo in 300, Zack ‘Dawn Of The Dead’ Snyder’s adaptation of Frank Miller’s ultra-violent Spartans v. Persians graphic novel. (“I’ve got some funny eye make-up in that one,” confesses Heady).

Above all, she obviously loves her job. 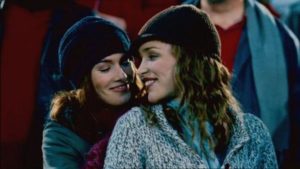 “Oh yeah. I mean, in Imagine Me & You, I get to stand on top of a car, in a full traffic jam, and shout ‘I love you!’ in front of loads of people. There’s something lovely about getting to do something you’d never do in real life.”

This article first appeared in The Leeds Guide in 2006.