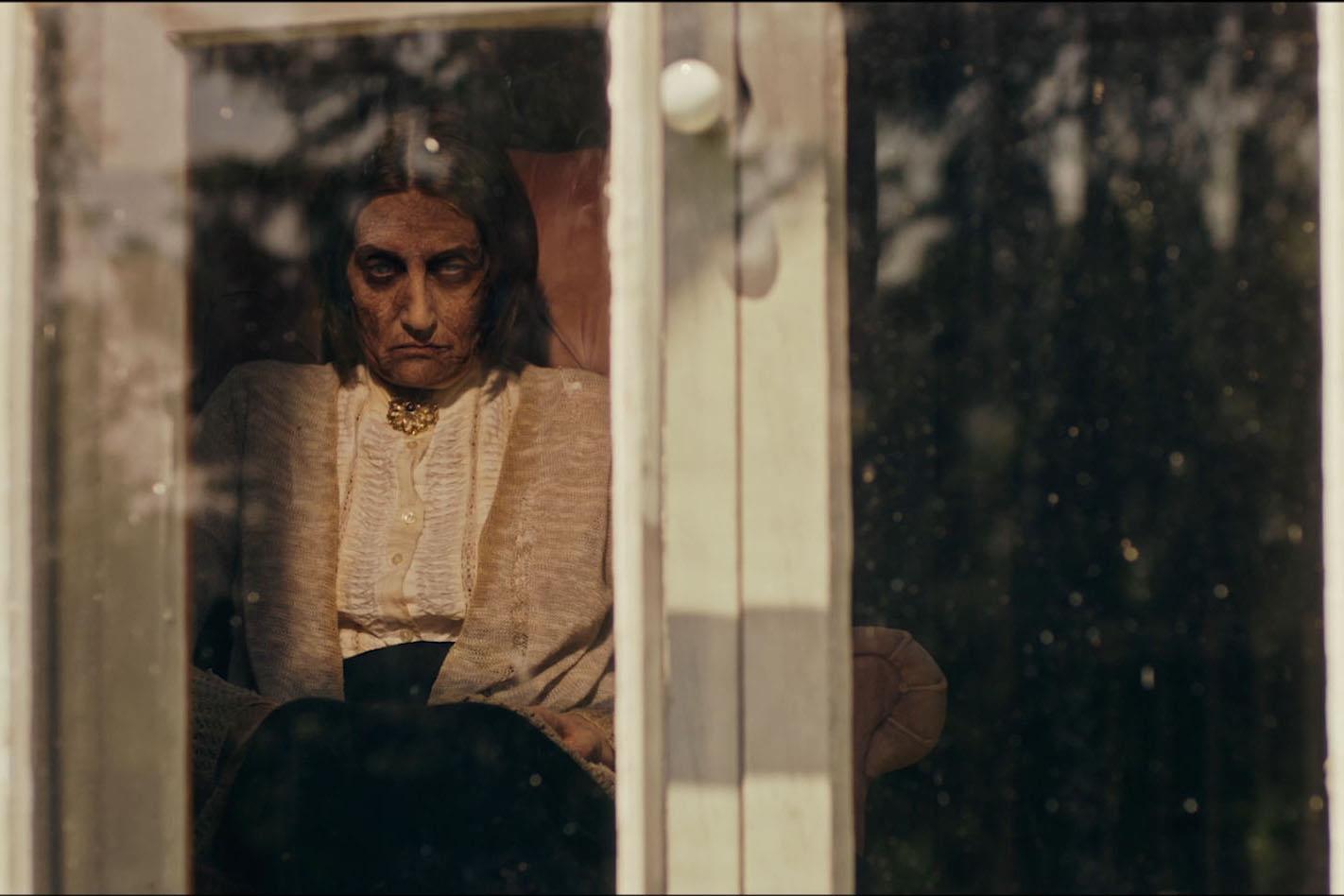 Scary, unsettling, eerie and moving, this haunted house chiller is a slow-burning treat.

Indie director Andy Mitton delivers a fresh take on a well-worn genre with this haunted house chiller. Initially, his tautly written screenplay presents us with an emotionally icy world, as middle-aged Simon (Alex Draper) takes his estranged 12-year-old son, Finn (Charlie Tacker), out to his newly acquired fixer-upper – a rambling and downright spooky manse in the middle of rural Vermont. He tells Finn he intends to do it up so he can “flip it” – sell it on at a profit – but in reality, he wants to create a dream home, so he and Finn’s mother (Arija Bareikis) can get back together. Suffice to say, none of this is going to happen.

As they soon discover from a neighbour (Greg Naughton), the house already belongs to someone else – the titular witch, Lydia (Carol Stanzione), who died in her rocking chair some years before, gazing unnervingly out over the desolate landscape. Worse still, as Simon and Finn begin repairing the house, Lydia’s spirit seems to grow stronger. As it dawns on them that the ghost is both real and malevolent, Simon faces the prospect of either giving up his dream and his investment, or repairing a house while under attack.

While the creeping realisation of the truth is brilliantly handled – Simon and Finn’s response is that of real people, not characters in a scary movie – where The Witch in the Window really excels is its emotional core. The scenario is expertly tied to the underlying theme of fatherhood and family, with the relationship between Simon and Finn evolving from frosty exchanges (“I was hoping to get you on the good side of 12,” says Simon, as it becomes apparent Finn is already a moody teen) to a genuine warmth. By the time we reach the shocking midpoint – which will scare the bejeezus out of everyone – Simon and Finn are two characters for whom we’re desperately rooting. It’s this that places The Witch in the Window very much in the same company as recent intelligent chillers such as The Witch, The Blackcoat’s Daughter and The Autopsy of Jane Doe.

The cast are quietly fantastic too, bringing Mitton’s well-drawn characters to three-dimensional life. While Draper is the heart and soul of the piece (the film was apparently written with him in mind), a special mention should go to child actor Tacker who displays a great range here; if there’s any justice, he should have a great career ahead of him.

As should director Mitton. With a number of well-regarded movies already behind him, The Witch in the Window is his best yet. As well as drawing first-rate performances from his small cast, his pacing is masterful. And, as a set piece in chilling suspense, a scene in which our hero is inexorably drawn down an almost endless corridor towards the chair facing the window is one of the most accomplished sequences in the genre for many a year.