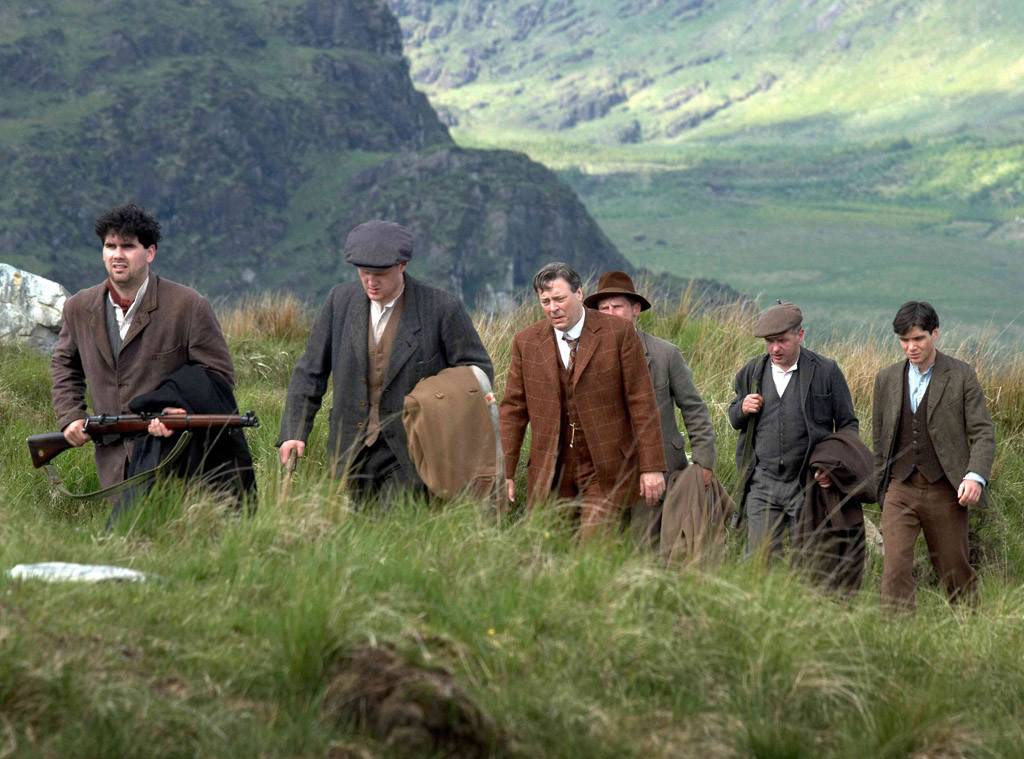 The public perception of Ken Loach is that he’s spiky, probably dour, most definitely from The North and unashamedly leftwing. Only the last of these is true. In reality, he’s affable, self-deprecating, witty, and was born in Nuneaton (which is in the Midlands – we looked it up).

Loach’s reputation stems from his work. Having cut his teeth in theatre and BBC television, he first came to public notice for Cathy Come Home in 1966, a TV play about homelessness so powerful that it directly resulted British law being rewritten. Firmly rooted in reality, politically radical and emotionally moving, it formed the template for his career. His latest, The Wind That Shakes The Barley, tells the story of two brothers who join the IRA and fight together during the Irish War of Independence of 1920-1922, only to take different sides in the ensuing Civil War.

“I think what happened in Ireland is one of those stories of permanent interest,” he says. “Like the Spanish Civil War [the subject of his 1995 film, Land And Freedom], it was a pivotal moment. It reveals how the struggle for independence was thwarted at the moment of its success by a colonial power.”

No, Loach really isn’t a fan of the British Empire. He famously refused an OBE in the 1970s, saying, “It’s not a club you want to join. It’s all the things I think are despicable: patronage, deferring to the monarchy and the name of the British Empire, which is a monument of exploitation and conquest.”

Considering his views, it’s unsurprising that the film’s central protagonist is a highly principled, unbending socialist, played by rising star Cillian Murphy. For Loach’s detractors, this is another example of his politically biased filmmaking. Loach is unapologetic.

“The IRA was a volunteer army. You read the stories that existed at the time, and people were incredibly principled. Your starting point for telling a story is trying to find a group of characters who contain contradictions that unravel. In the unravelling you say everything about the situation that you want to say.”

The story was also dictated by budget. Because Loach and his team didn’t have the cash to reconstruct the war’s bigger clashes, they chose to focus on the guerrilla warfare of the IRA’s Flying Columns.

“They were men who did their ordinary job during the day and then got up every now and then to carry out an action,” Loach explains. “That was appealing, to have a group of farm labourers who kick out the world’s most powerful country.”

But Loach, despite what his critics might say, wasn’t interested in presenting freedom fighters united in solidarity.

“It wasn’t like that,” he says. “It’s a pattern you see time and again – how different interests unite to face a common oppressor and then, ultimately, how those contradictions inevitably work their way out.”

In Ireland, the defining, dividing moment, was the treaty of 1922 which gave Ireland partial independence and, of course, left the North as part of the UK.

“People who seemed the most straightforward backed the treaty. I mean, Michael Collins was a perfect case – you couldn’t have a stronger fighter for independence but when it came down to it he was all for taking the treaty, probably for some good reasons.”

Loach is in no doubt who was responsible for Ireland’s civil war:

“Churchill, Lloyd George, Birkenhead. When it wasn’t in their best interests to keep denying independence, they sought to divide the country by giving support to those in the independence movement who were prepared to allow economic power to stay in the same hands.”

With such an inflammatory message at its heart, not to mention a sympathetic attitude towards the IRA, Loach is bracing himself for an outraged barrage from the rightwing press, as endured by Jim Sheridan’s In The Name Of The Father and Neil Jordan’s Michael Collins.

“I’m expecting some hostility,” he admits, cheerfully. “The War on Terror is the current cliché and this is a film about people who, at the time, were considered terrorists.” He laughs, adding cheekily, “That just might be contentious.”

This interview first appeared in Hotdog Magazine in 2006.