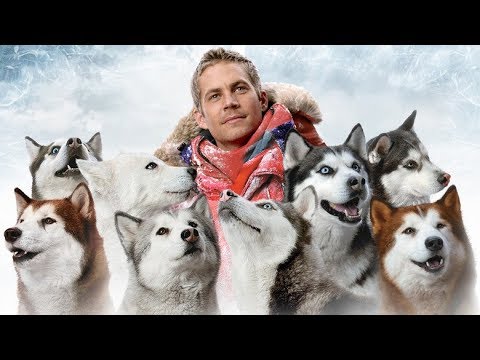 This child-oriented film is Paul Walker’s best movie by miles, although he’s still upstaged by a team of huskies. “Inspired by a true story”, it centres around Jerry (Walker), a guide at an Antarctic base who lives for his sledge-pulling mutts. After a disastrous expedition with a meteor-hunting scientist (Plunkett) lands him in hospital, Jerry wakes to learn that, because of a storm, the base has been evacuated and his beloved dogs abandoned.

The first half of the movie, Jerry and the doc’s trek, is genuinely thrilling. When the narrative shifts to Jerry’s moping, inter-cut with the huskies’ fight for survival, it exchanges grittiness for schmaltz, relying on increasingly cute and anthropomorphic doggies.

That said, for a Disney movie, it’s surprisingly brutal. Not all the dogs make it out alive and there’s one shock moment, involving a leopard seal and a killer whale carcass, that will have kids and adults jumping out of their seats.

This review first appeared in Hotdog Magazine in 2006.