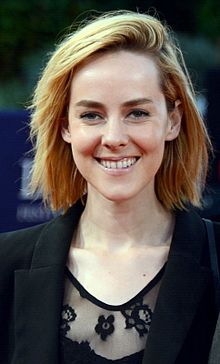 “He wanted me to speak in a totally flat monotone,” says Jena Malone. Breezy and upbeat, her speech, like many young Californians, liberally peppered with “dude”, “man” and “awesome”, it’s hard to imagine the 21-year old doing a Rainman. But, for Lukas Moodysson’s difficult, dark and arty montage piece, Container, that’s exactly what she does. For 70 minutes.

“I do the voice-over for the main character,” Malone explains, “who’s this fat man who’s autistic and, in his head, a woman. So I had to create a very soft interior rhythm, like that voice inside of you where you can’t define the difference between something that’s your own thought and a thought that’s just born inside of you without you consciously creating it.”

To achieve this, Moodysson had Malone fly over to Stockholm from LA and, after only a brief nap, locked her in a customised recording booth.

“There was a mattress on the ground and they’d rigged it up so I had to lie down and give this sort of monotone whisper for three hours. It was actually much more technically demanding than I could ever have imagined.”

Just to up the weirdness factor, Moodysson didn’t let her see the film she was narrating because “he didn’t want the voice-over to sync with the image.”

Although she’s a well-established screen actor, winning plaudits in Donnie Darko, Saved and Pride & Prejudice, her next gig is another voice-over.

“Yeah, man, it’s weird,” she says. “It’s Into The Wild, with Sean Penn directing. I’m in the film a little bit but mostly it’s narration. It’s really intense and beautiful and I can’t wait to get into a dark room with Mr Penn and explore it.”

First published in Hotdog Magazine in 2006.