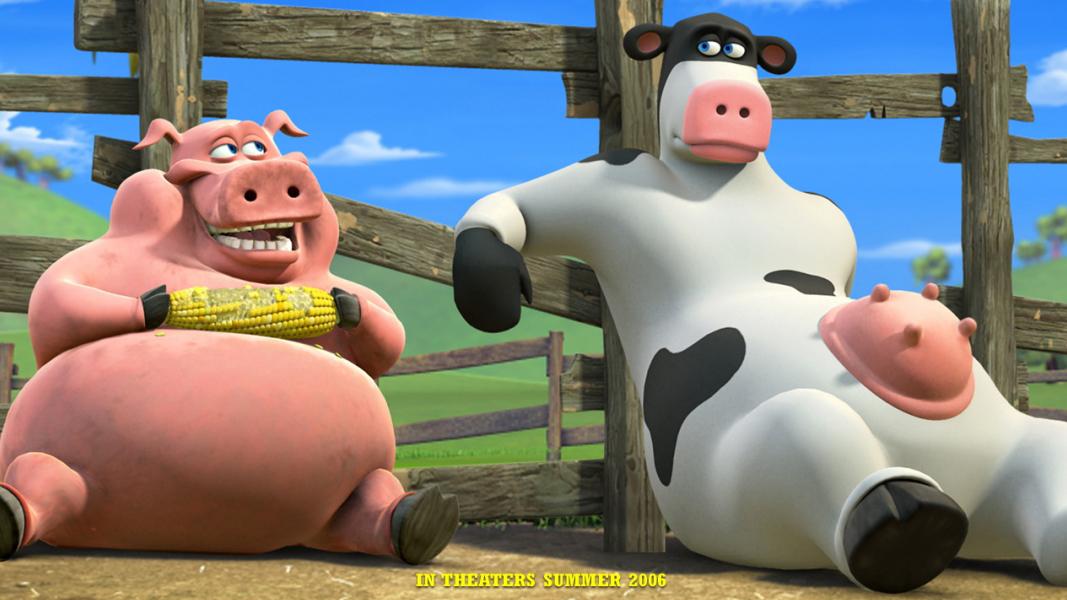 On a farm somewhere in the Midwestern United States run, somewhat implausibly, by a vegan, the happy-go-lucky animals are protected from the ravages of the coyotes by dairy cow, Ben. When Ben is killed in action, his feckless son, Otis, is forced to grow up and take on his father’s responsibility.

Parents in anyway worried about their children losing touch with the natural world should not let their kids see this film. OK, so we’ve had anthropomorphic animals ever since the earliest civilisations but, typically, it takes the Americans to bring us to a new low: male cattle, with udders.

Honestly, it really is quite disturbing. The film opens with a straight lift from cartoonist Gary Larson, in which all the animals jump onto two legs as soon as the farmer is out of sight. The focus shifts to a cow, sporting a prodigious and pendulous udder, who turns out to be called Otis. This gender confusion continues throughout the movie, with girl cows being differentiated, not by physiological differences, but by their girly eyelashes and the colourful bows they have on their heads. None of the other male animals are treated in this way – Otis’ pig sidekick, for instance, doesn’t sport six nipples.

Of course, it’s just a kids’ film, but any child with a cursory knowledge of the natural world will what to know what’s up with the udders. It doesn’t help either, that, beyond the troubling gender issues, Barnyard is a pretty dull film. Its wisecracking animals, extreme sports references, mild toilet humour and obligatory hip hop sequence have all been seen before. Unlike some other animated movies (such as the recent Hoodwinked and Over The Hedge), there’s little here for accompanying adults, leaving them to wonder how they’re going to explain bovine lesbianism to their children.

That this is such a lacklustre movie is surprising considering writer-director Oedekerk’s track record. Whether as producer, director, writer, stand-up comic or animator, he’s been involved in some of the most successful Hollywood projects of recent years. 2001’s Jimmy Neutron: Boy Genius, which he wrote and produced, was Oscar nominated and he enjoys a cult following for his Thumb movies, spoofs that star thumbs with computer animated faces and have titles such as Thumbtanic, Thumb Wars and Frankenthumb.

That he’s dropped, ahem, an udder, this time round is not likely to caus him sleepless nights. Not only is Barnyard doing brisk business stateside ($75 million and climbing), but Oedekerk is currently developing a TV series for Nickelodeon. We havben’t seen the last of those scary, transgender bulls.

Even without the udder problem, this is definitely one to leave the kids alone with. But at least there’s not too much singing.