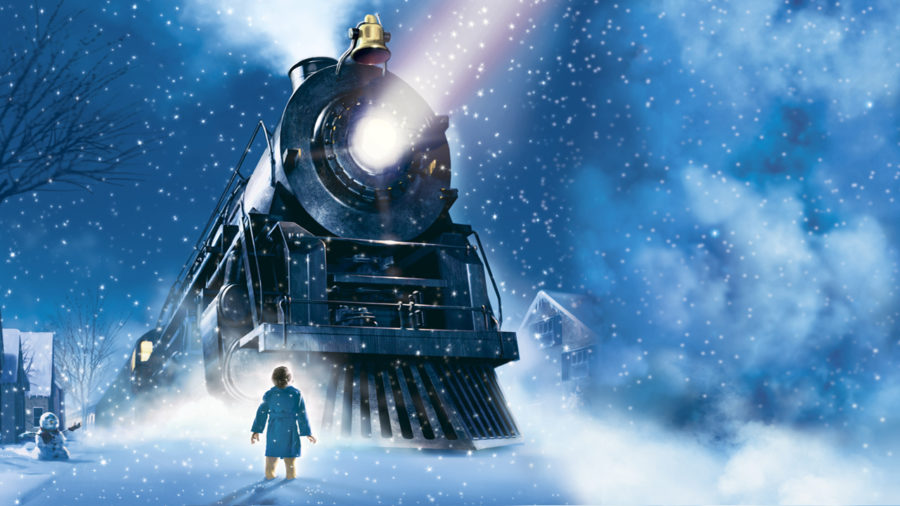 “It takes me a couple of years to understand what I get out of the process of making a movie. I couldn’t answer that right now. All the pain and suffering is just too close.”

Believe it or not, jovial grump Robert Zemeckis, director of Castaway, Forrest Gump, Back to the Future and Framing Roger Rabbit, is answering a question about the Christmas Spirit. He’s sitting behind a desk in the ballroom of London’s Dorchester Hotel, in front of over a hundred reporters and photographers from all over Europe. To his right, star Tom Hanks, feigns despair and sinks beneath the table.

“Make sure you get that quote into the first paragraph of your stories,” Hanks laughs. “’Polar Express. Pain and suffering’ – that’s really what we want.”

Consider it done, Mr Hanks. Although I’m sure neither Zemeckis, Hanks or, also present, producer Steve Starkey, would disagree violently with me, “pain and suffering” pretty much sums up the viewing experience of the movie – it’s a pretty dull movie. That said, its visuals are stunning, a fact backed up by the decorations at this press conference: a backdrop of eight 10 feet tall Christmas trees (just to mess up any allegory, they’re real) and more fake snow than the Christmas window-display at Harrods.

Although Hanks plays five roles in the movie, the real star of the piece is the technology that made it possible. Developed for the film and dubbed “performance capture”, it’s an advanced version of the wizardry that brought

Gollum to life in The Lord of the Rings. This time, though, every character in the film is an actor. Wearing electronic sensitive bodysuits and 300 sensors on their face, the actors performed in an empty room, a 360 degree camera-coverage negating even the need for a green-screen. Its implications for the future of filmmaking are mind-boggling.

As filmmakers, putting so much faith into new technology must be nerve-wracking, with the spectre of box-office bomb Final Fantasy looming over any CGI project.

“Anytime you try something new, it’s a big risk,” admits Starkey. “But, hey, I had Bob and Tom so the risk was minimised. At the same time it’s exciting and challenging, and that’s the only way we know how to make movies.”

“That’s harsh on Final Fantasy,” Hanks adds. “It was an OK movie. It was like a videogame story – I don’t know how great that is. But those guys weren’t diabolical geniuses. They took a shot, it didn’t work out. What you gonna do?”

Easy for him to say, with Polar Express already going down a storm across the Pond. But, while the results might not be to everyone’s taste, the process involved in “performance capture” is fascinating, not least because of the face-sensors.

“It really hurt when they nailed them in,” Hanks jokes. “The tack hammers are very small but the actual tacks themselves are very sharp. No, they just glued them to your face. They had to be glued on in a very specific pattern so the computers could read the data. The only thing is, if you touch your face, it’s, like, ‘Jeez, looks like we’re breaking for lunch.’ They come off very easily.”

Aside from the bizarre experience of acting with nothing but a sensor-suit (green-screen hater Ewan McGregor should count himself lucky he at least had a costume), Hanks loves the fact that it enabled him to play five roles in Polar Express, including both the film’s eight-year old hero, his father and a certain fat, bearded chap (no, not Michael Moore) with a reindeer fetish.

“It’s not just the multiple roles,” he says. “You can do that with hair and makeup like Peter Sellers or Robin Williams did. It’s the fact that I play an eight-year old kid that’s the best example of the technology’s potential. You’re no longer limited by your size, shape, skin-colour, gender. For example, Peter Jackson’s remaking King Kong with Andy Serkis, who played Gollum, as King Kong.”

For Zemeckis, too, who has dealt with special effects in most of his movies, the new technology was liberating. Once he’d captured a 3D digital record of the performers, the backgrounds and camera angles were all chosen and spliced together in post-production.

“It was really a fantastic experience,” he begrudgingly lets on. “It was the most relaxed movie I’d ever worked on. I had to compromise less because I wasn’t limited by the physical world.”

Blurring the lines between regular film acting and CGI, the film has already provoked debate in Hollywood as to whether it should be classed as an animated feature. Zemeckis is quite clear on the subject:

“This isn’t an animated film, even though it’s digitally rendered. It’s all acting and the directing is all directing.”

“There’s a distinction,” Starkey agrees. “In an animated movie there isn’t a real acting performance – it’s a vocal interpretation of an animation. This is a real human performance.”

What about rumours about a Best Picture nomination at the Oscars?

“Unless they create a new category,” says Zemeckis, “which I don’t think they’re going to do, I don’t see any reason why it shouldn’t be up for best picture.”

“Besides,” chips in Hanks. “I think anybody who releases a movie offers it up for Best Picture. The Academy has to decide.”

Either way, “performance capture” is here to stay. Starkey is already involved in a project using an improved version of the technology. What does the future hold?

“The next big leap is going to be when photo-real characters can be created in the computer,” is how Starkey puts it. “That way they can live side by side with live actors. At that stage you can have any performer do any role that you wish in any likeness that you wish.”

“It’s always going to be defined by the story you need to tell,” he says. “The technology shouldn’t override the story.”