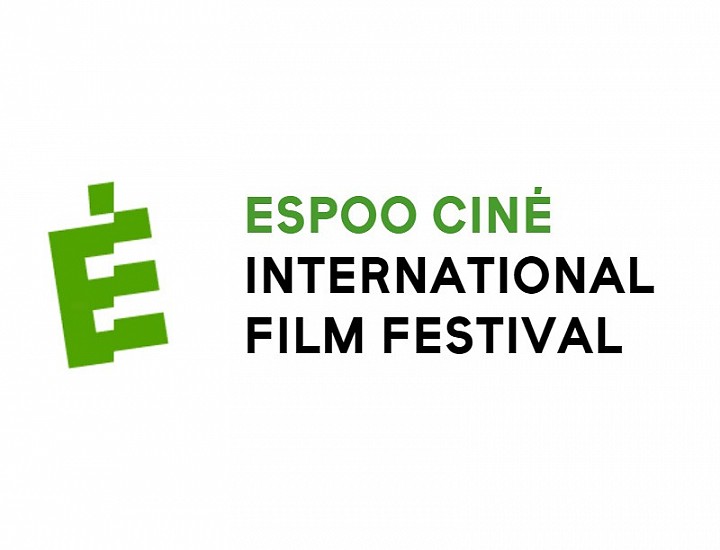 It’s 7am, I’ve been up all night and I’m out of my face on Finnish vodka. And I’m 20 foot up a pine-tree. Yes, Finland’s 17th Espoo Ciné is the weirdest damn film festival ever.

It begins as soon as I arrive at my hotel, set amongst the aforementioned pine-trees in Espoo, a suburb of Finnish capital Helsinki. “You have two hours,” my festival greeter tells me, speaking, like most Finns, in perfect, but bizarrely flat, English. “And then sauna.”

“Hit me, please,” a man orders, handing me a clump of birch twigs. He is naked. I am naked. The other ten men sweating in the room with me are naked. It’s no big deal. I’m only BRITISH after all. But I do as I’m told and twat him as hard as I can, creating a shower of leaves and droplets of moisture (sweat? Water?). He screams out in pain. Too hard? “No,” he tells me, “just right. Again, please.” So I flail the guy until he tells me to stop. It’s like the scourging scene from The Passion Of The Christ. And then it’s my turn. (Yes, I enjoyed it). My whipping buddy introduces himself afterwards: he’s Timo Kuisman, executive director of the festival. “Welcome to Espoo.”

Showing some 90 films, this year’s Espoo Ciné is particularly special. With its fantasy and horror strand part of the European Fantastic Film Festivals Federation (check out the F’s on that) it has the honour of hosting the 10th Méliès d’Or, named after George Méliès, director of 1902’s groundbreaking Le Voyage dans la lune. The winner is selected from a shortlist consisting of one film nominated by each of the EFFFF’s 10 affiliated festivals (the UK represented by Leeds). As every film in the contest is guaranteed a Silver Méliès, the atmosphere at the awards ceremony is understandably celebratory.

And, this being Finland, distinctly strange. It opens with a performance from The Cleaning Women, a band of cross-dressing punks in big boots who play loud, mind-warping rock on homemade instruments. To get us in the fantasy mood, they play against an abridged version of Aelita: Queen Of Mars, a rare example of Soviet sci-fi from 1924 mixing Flash Gordon-style aesthetics with Marxist revolutionary ideals. Mind-blowing. Also shown is the winner of the Méliès d’Or short film competition, Starfly, a wonderful homage to 1950s Americana courtesy of Luxembourg’s Beryl Koltz.

For the main prize, the jury had a hard time picking a winner (indeed, two of its members resigned in protest), but eventually settled on Danish fantasy-parable Adam’s Apples. A truly wonderful film that sees a neo-Nazi sentenced to community service with a maddeningly optimistic priest, producer Mie Andreasen – on hand to collect the award on behalf of director Anders Thomas Jensen – later tells me it’s only getting a DVD release in the UK. Subtitles, you see. Ashamed to hail from such a philistine nation, I fully embrace my European side and drink lots of neat vodka. Which, combined with my British tendency for drunken exuberance, leads to me climbing a tree. Watching the sun rise over the pines, I think how beautiful it all is and how I’m not remotely guilty for having hardly watched any films because I’m in love with the Finns, those crazy, polite, socialist, boozed-up, sauna-obsessed party animals and… and how the hell am I going to get down from here?

This article first appeared in  Hotdog Magzine in 2005. 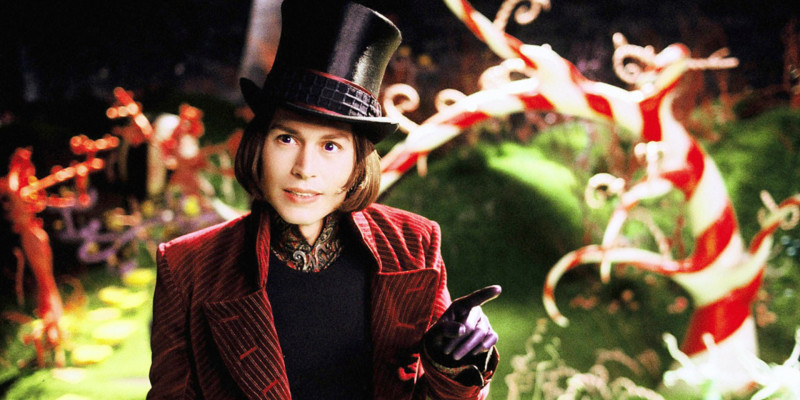 Giggling. Reminiscing about their 15 years working together, Johnny Depp and Tim Burton are giggling together like a couple of kids.

“When you squirted blood all over my face off-camera on Sleepy Hollow,” laughs Depp, speaking with a strange accent – a mix of his Kentuckian birthplace and his current residence, Paris.

“That was fun,” chuckles Burton. “Or when you were dragged by those horses.”

“Oh yeah,” recalls Depp. “There were two horses and I was being dragged along on this thing behind them.”

“They both had really bad flatulence,” chips in Burton.

“They’d had curry for lunch,” says Depp, “and I was the recipient.”

Equine farting and fake blood – there aren’t many individuals for whom such things are everyday occurrences. But Depp and Burton aren’t everyday people. Both renowned for being kooky, their weirdness intensifies whenever they collaborate. It began in 1990 when Burton cast Depp as the lead in Edward Scissorhands, the tale of a leather-clad gothboy with blades for fingers. Ed Wood, a biopic of the worst director ever, followed in 1994. Widely regarded as Burton’s masterpiece, it was a box office disappointment.

Not that Burton would have worried himself, either over a film’s takings or its critical reception. Ever since his apprenticeship as Disney animator, he’s always done exactly as he pleases. The same can be said of Depp who – though sporting NHS-style specs and a large, black, floppy cap reminiscent of Dom Joly’s pretentious artist – is still inescapably tanned, slim and handsome. Having fought a battle with his good looks throughout his career, he freely acknowledges that Burton set him free. In his foreword to Mark Salisbury’s biography of the director, he writes that his friend rescued him from being “just another piece of expendable Hollywood meat”.

Since then, he has consistently chosen roles that lean towards the gothic or grotesque. Willy Wonka, with his buckteeth, pallid complexion and pseudo-Edwardian oufit, has shades of both.

“We’re so lucky to have Roald Dahl’s book,” says Depp. “It was an amazing help in building Wonka’s character. In early conversations with Tim we talked about various things, like children’s show hosts and that kind of strange cadence with which they speak to children. And the mask they put on, the sort of perpetual grimace of a smile.”

It all makes for one of Depp’s most memorable characters and, for Burton, a movie that, while no Ed Wood, is at least no Planet of the Apes. Burton, like Depp, reiterates the importance of the book.

“We tried to keep close to Dahl’s amazing writing,” he says, “because that was the reason we all wanted to do the film. We wanted to capture his humour and the mixture of light and dark and emotion that he puts into it.”

The film’s emotional core is represented by Charlie Bucket. The only kid in the film who’s not spoiled, greedy or obnoxious, it was clear he would have to be played by a child from outside Hollywood. When London-born Freddie Highmore, then only 10 years old, co-starred with Depp in Finding Neverland, their search was over.

“I’d characterise Freddie as completely pure and honest and just the sweetest, most normal guy in the world,” gushes Depp. “Working with Freddie, I think all of us noticed that he ups the stakes because when he delivers one hundred per cent.”

“And he hasn’t done any jail time yet,” adds Burton. “For a child actor, he’s doing very well so far.”

While Burton’s film does stick closely to the book, he did feel the need to create a backstory for Willy Wonka. In flashback, we see his over-protective dentist father banning his son from eating sweets.

“The book doesn’t explain Wonka’s eccentricity,” Burton explains. “I feel that, when you see an eccentric character, if you don’t get a flavour of why he’s eccentric, then he’s just a weird guy. We wanted to show a little bit of that to get a flavour of that without destroying the mystique of the character.”

“It was a really brave move,” Depp asserts. “As an actor, it’s the kind of thing that you try to put in your homework, even if it isn’t on the page or in the film. Having Wonka’s backstory was really helpful.”

Thanks to a strong script, the additional material fits seamlessly into Dahl’s vision. It helps, of course, that Wonka’s father is played by the legendary Christopher Lee. Depp, having fathered two children – Lily-Rose and Jack – with his long-term girlfriend, Vanessa Paradis, can identify with Wonka Snr’s protective instincts.

“Nobody could be as strict as Christopher Lee,” he chortles. “But you have to police the intake of sweets with kiddies otherwise they’ll be doing wind sprints at three in the morning.”

Was having kids of his own helpful in forming the character of Willy Wonka?

“I think being a father helps to add depth and texture and all kinds of wonderful things,” Depp coos. “When I was working out Wonka’s character, I tested the voice on Lily-Rose. It seemed to work on her so I kind of ran with it. Kids affect every aspect of your personal life, your working life, everything.”

Having seen Charlie and the Chocolate Factory, Depp’s offspring gave it the thumbs-up and came home “quoting my lines, which was great fun”. Being young, they no doubt missed the scary fact that Daddy appears to be doing an impression of Michael Jackson. Though both clearly uncomfortable discussing Wacko, Burton and Depp can’t help but double up with laughter.

“Honestly,” asserts Depp, trying not to crack up again, “when we were doing the film it never dawned on me that there would be any kind of comparison.”

“But didn’t you enjoy his Sky trial recreations?” Burton butts in. “I thought he did an excellent job!”

Depp groans at his friend’s wind-up.

“I don’t really know what else to say about Michael Jackson other than he’s really a fine dancer,” is his diplomatic codicil, delivered with a straight face. Almost.

“It’s false, anyway,” chirps Burton. “We based it on Latoya!”

And, once again, the two men – the leading actor of his generation and one of Hollywood’s most unique directors – guffaw together like someone just told a booger joke. They really are on the same wavelength, providing one explanation as to why they make such a great creative team.

“We’ve got lots of problems,” says Burton, “and we like to work them out in films.”

“It is kind of therapeutic to go in and make an ass of yourself and get paid for it,” concurs Depp.

They’re not always weird, of course. Depp, especially, as been involved in numerous straight movies, from gangster flick Donnie Brasco to rollicking action-adventure Pirates of the Caribbean, and Burton – with two Batman movies and, uh, Planet of the Apes – has shown is not adverse to big studio projects. Would a future Depp-Burton movie tread more conventional ground?

“I thought Fear and Loathing in Las Vegas was conventional,” jokes Depp. “And Ed Wood was a conventional romantic comedy. In fact, Tim and I would like to announce that we’re going to do Friends: The Movie.”

And the scariest thing is, neither of them deny it. They just sit there. Giggling. 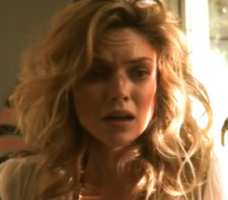 BALANCE is a short surfing drama filmed in South Wales starring Erin Richards (GOTHAM, THE QUIET ONES) and Tom Cullen (WEEKEND, LAST DAYS ON MARS). The film was made as part of a three week training programme by Skillset Media Academy Wales, directed by John Shackleton. IMDb link here