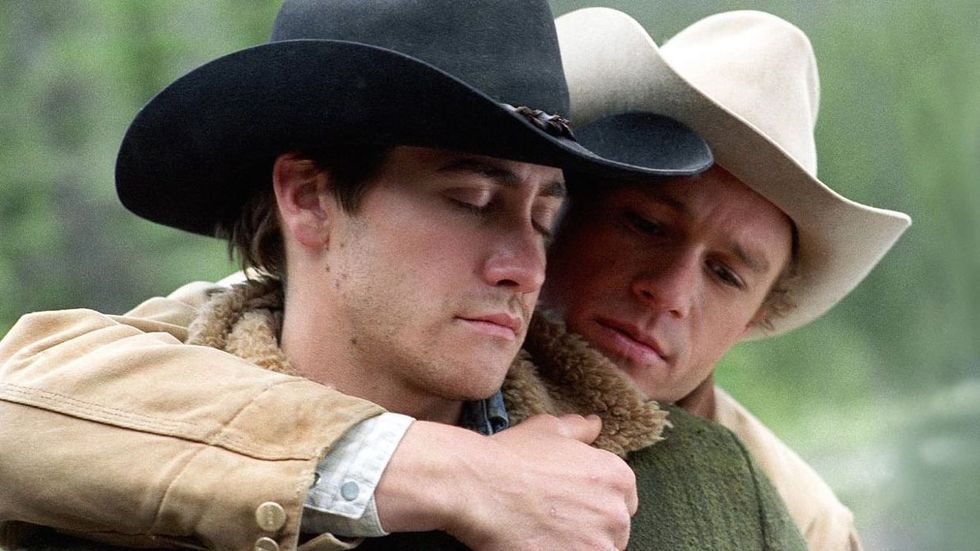 As is so often the way, after the full-on cheese-fest of summer, which merges with the commerciality of Christmas, January sees the release of what, 12 months from now, will still be seen as one of 2006’s best films.

Maestro Ang Lee returns to form after the shambles that was Hulk with an epic American love story. It’s the early 1960’s and herders for hire Jack (Gyllenhaal) and Ennis (Ledger) are sent up into the mountains of Wyoming to look after a herd of sheep. Sharing a tent, it soon becomes apparent that they both want to be more than just friends and. Ennis insists that he “ain’t queer”. “Neither am I,” says Jack, although you get the impression he’s saying this for Ennis’ sake. After their initial affair, it’s obvious that they’re both in love. But Ennis, having witnessed “what happens to queers” as a young boy, is keen to bury his feelings and goes ahead and marries. Jack does the same, though with even less enthusiasm, and both men raise families. Before long, however, they’re embarking on ‘fishing trips’ together, living a lie for 20 years, only able to be their true selves for a few weeks.

A masterpiece on every level, Brokeback Mountain will bring a tear to the eye of all but the most hard-hearted homophobe. That said, the two men don’t have the monopoly on heart-rending emotion; their wives, played brilliantly by Hathaway (as a brassy Texan gal, she’s unrecognisable as the lead from The Princess Diaries) and Williams (The Station Agent), suffer awfully as the truth about their husbands becomes apparent.

Whether Hollywood can overcome its prejudices to give this the Oscars it deserves remains to be seen. In the meantime, I urge everybody to see Brokeback Mountain and not just because it’s the right-on thing to do; whatever you’re sexual preference, this is one of the best love stories for years.

First published in The Leeds Guide magazine in 2006.